Wabash Magazine 2020: What Are You Going to Do About This? 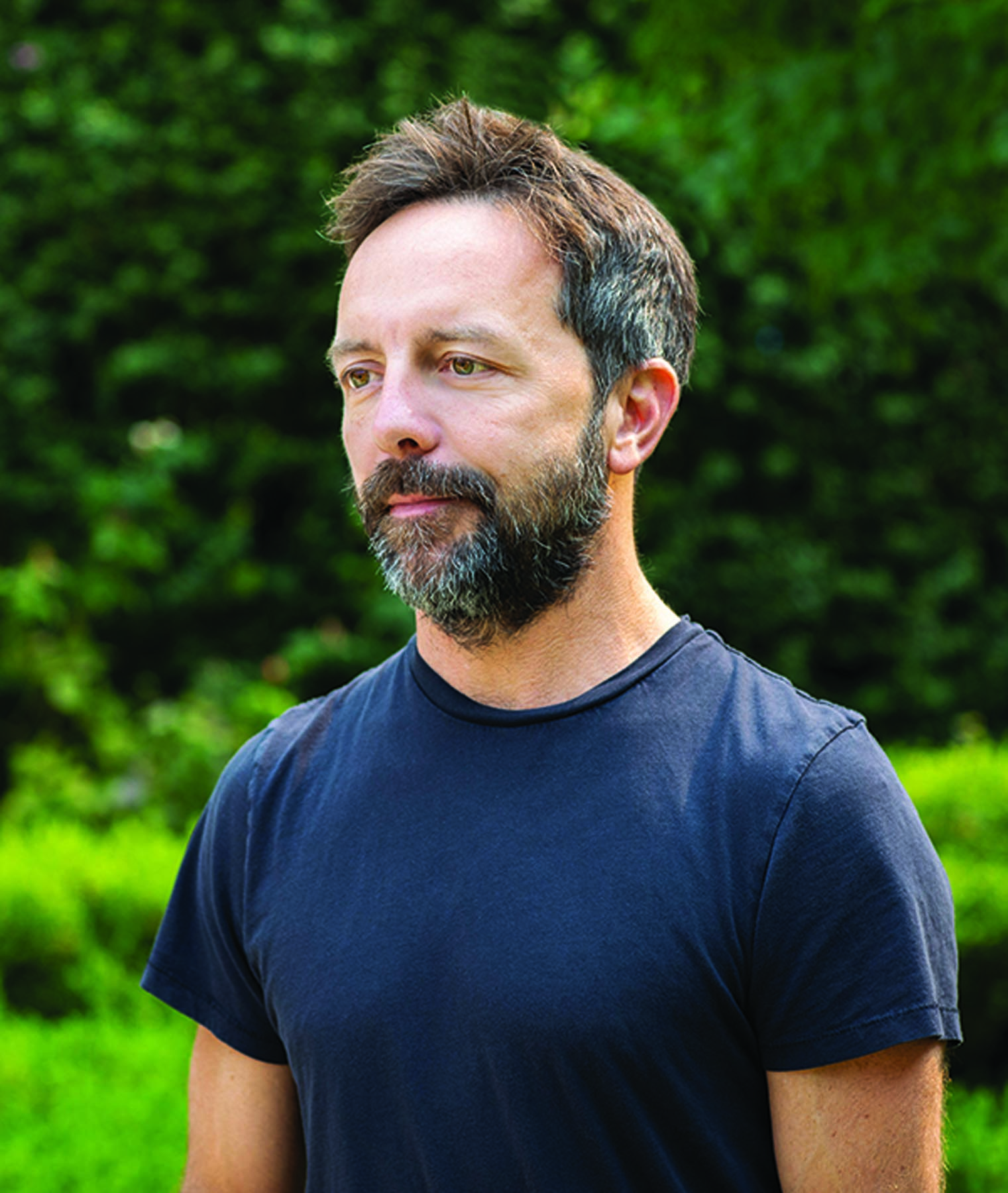 A Lilly Scholarship gave Brad Gerstner ’93 the opportunity to attend Wabash College, where he majored in political science and economics and studied abroad at Oxford. Now he is the founder and CEO of the technology-focused investment firm Altimeter Capital.

While his $150 crossover fund has been making stock market headlines, Gerstner is in the news for his latest endeavor, The Board Challenge, which asks U.S. companies to take a pledge to add at least one Black or Latinx director to their boardrooms in the next 12 months.

It all started with a question: “Dad, what are you going to do about this?”

WM: The premise of The Board Challenge seems so easy—so obvious—yet it’s also bringing to light how many boardrooms are lacking any kind of diversity. So why now? And why you?

BG: I have been incredibly fortunate in my life, which has given me a lot of opportunities. But I also have the obligation to pay it forward and leave the world a better place than how I found it.

I’ve been in the professional world for about 20 years, and I’ve seen the corporate world encourage diversity. Many companies even have diversity goals. But, for so long, it was more about checking boxes. However, America has been reminded again in tragic fashion that we must redouble our efforts to build a more inclusive society. Business leaders can’t let this moment pass us by without playing our part and taking this tangible step.

This summer, I took my two boys, Lincoln and Jack, to a peaceful protest in Palo Alto, California. I thought it was really important for them to try to understand the pain of people who feel they’re not being treated equitably. As we finished the march, Lincoln, who’s 12, saw a sign that talked about reparations.

“What are reparations?” he asked. And as we’re in the middle of this very interesting conversation, he turns to me and asks, “Dad, what are you going to do about this?” 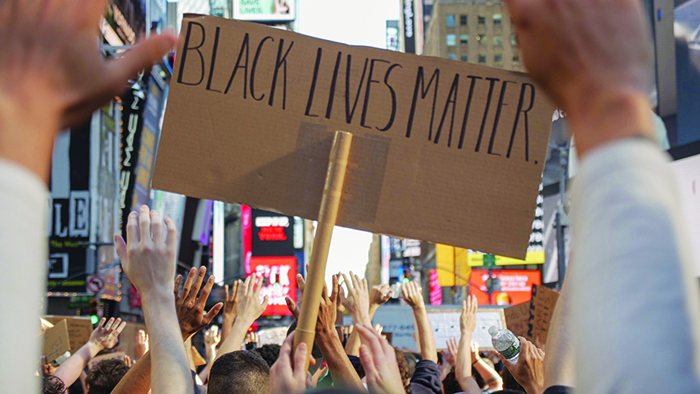 Do you remember what you felt in that moment? Pride? Pressure?

Both. A lot of credit goes to their mother as well, but the hardest thing to do is raise a child with kindness, empathy, and compassion, and a sense of obligation in a world of consumption and self-gratification. Kids don’t learn their values from what you tell them. They learn by watching how you live your life every day. So we have tried to live our lives in a way that, hopefully, causes them to realize both the opportunities and obligations they have in life.

Can you describe the journey from that moment at the protest to the creation of The Board Challenge?

It was hard for me to get Lincoln’s question out of my mind. I began to think about where I intersect with places of power, and it’s really in the corporate boardroom.

My initial instinct was to resign from a public board I was on. I was going to write a letter to the board and request that they replace me with either a Black or Latinx director. It seemed like a kind of visceral and tactical solution to his question. But then I thought a little broader. It wasn’t enough for me to just do it for myself. What if I could get 20 of my friends to resign from a board and send the same letter?

That’s when I sat down with a friend of mine, Tony West. Tony was the Associate Attorney General under Obama, is presently the Chief Legal Officer for Uber, and also happens to be the brother-in-law of Vice President-elect Kamala Harris.

When I told him what I was thinking, he said, “I like it. It’s really powerful. But there may be an even bigger opportunity for you here.” He asked if I thought I could get more companies. And how could these companies find talented people who can fill the roles in a way that moves beyond tokenization? 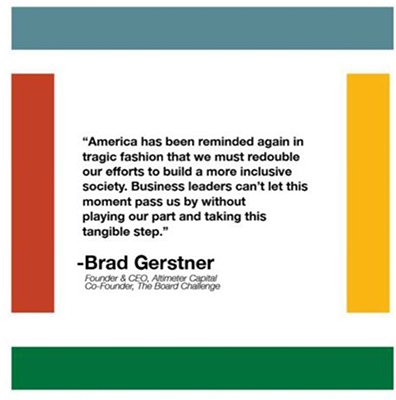 Was it overwhelming to feel the project becoming bigger than you had originally considered?

It definitely became a much bigger undertaking than I had time for by myself. So I called three exceptionally talented people. I called a dear friend of mine, Rich Barton, who is the founder of Expedia and Zillow. When I called him up, I said, “Rich, you don’t have any Black directors. You don’t have any Latinx directors. If I asked you to take a pledge to add one in the next 12 months, would you do it?” I couldn’t even get the question out of my mouth before he said yes.

Right then, I knew I could get companies to do this. That’s when I called a friend from business school, Guy Primus, who is the CEO of a company called Valence Enterprises, a talent-dense network of Black business executives, entertainment executives, and influencers in the world.

And then I called Sukhinder Singh Cassidy, the current president of StubHub and one of the early people at Google. She has built an organization called theBoardlist, which has helped more women break into the boardroom by putting together a list of women qualified to be on boards.

So I asked Sukhinder, “Would you consider changing the mission of theBoardlist to include men of color?” When she said she had already been thinking about it, we had our team.

She and Guy became co-founders of The Board Challenge, and we announced the pledge on CNBC on Sept. 9, four weeks after our conversations. Today, we have more than 60 companies that have taken the pledge.

We have what we call Founding Pledge Partners, including Zillow and NextDoor, that have committed to adding at least one Black or Latinx director in the next 12 months.

We also have Charter Pledge Partners. These organizations already have at least one Black or Latinx director but pledged to continue to use their resources to accelerate change. These companies—including Lyft, Nasdaq, Nordstrom, Survey Monkey, The New York Stock Exchange, Uber, United Airlines, and Verizon—play a critical role in driving visibility around the importance and value of increasing diversity at the boardroom level.

What advice would you give to current Wabash students?

When you’re 20 years old, it’s easy to make decisions based on making your own life better. Find the most talented people you can—people who are working on big and impactful things—and figure out a way in. And impact is not just about making heaps of money. There’s a temptation when you graduate from a place like Wabash to line up a few jobs and take the job that pays you the most. But your starting pay coming out of Wabash is not very relevant to the trajectory of your career. You will be far better off in the long run if you prioritize learning from great mentors who are working on important things. Do that and the rest will follow.