Wabash Magazine 2020: Our Way of Life

On a conference call with the late Senator Richard Lugar several years ago, Professor of Medicine and Public Health at the Indiana School of Medicine Dr. Stephen Jay ’63 was asked, “If we had a flu pandemic in Indiana like we did in 1918, who would make the decision for a quarantine?”

As someone who had previously worked with tuberculosis control and public health disaster preparedness, Jay told Lugar the question was an important one because, “We have had pandemics forever, and we will have pandemics in the future.”

“We’re at war with a virus. The novel coronavirus doesn’t care about who we are, how rich we are, or how much education we have. It’s a virus. It’s just looking for a home.” 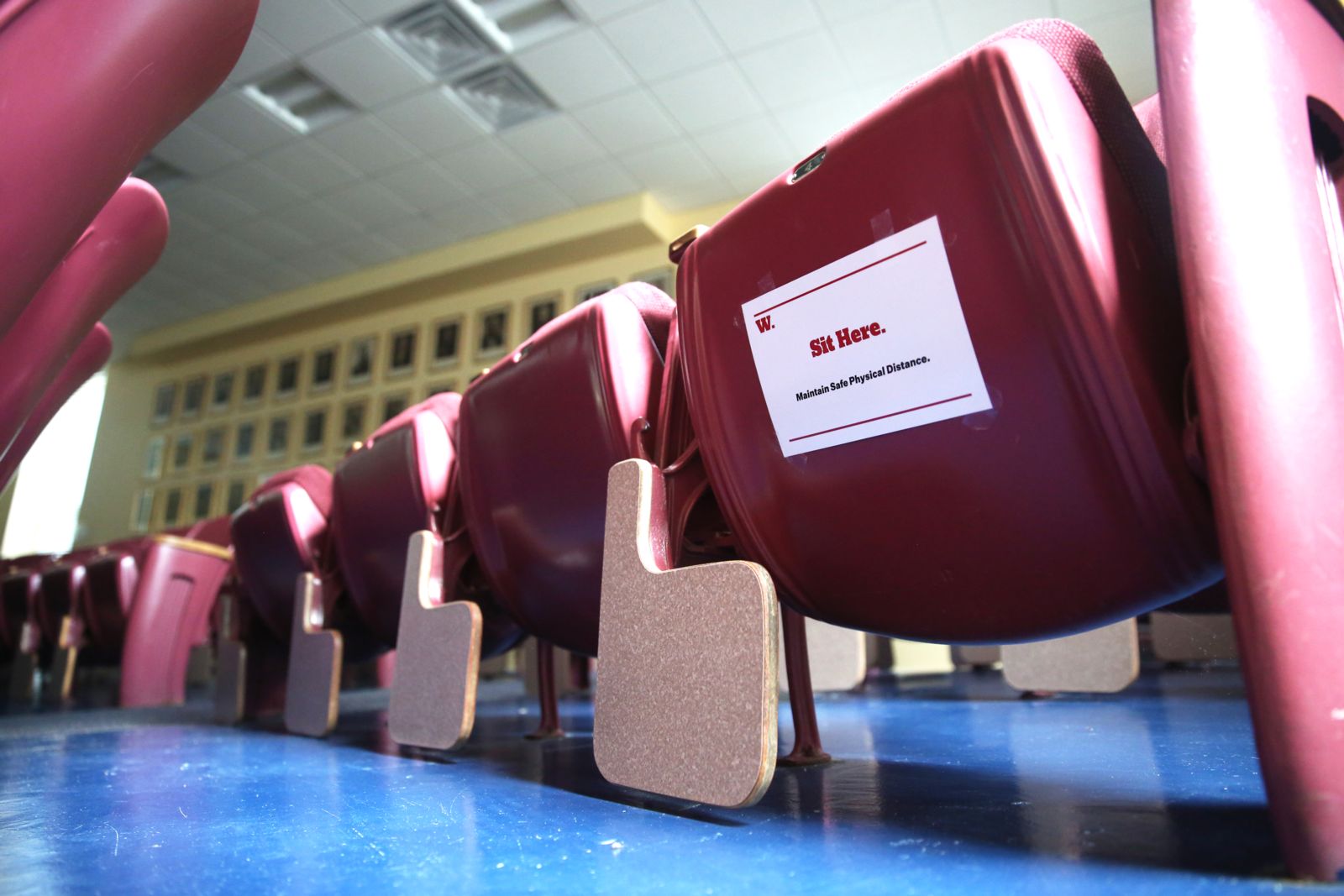 With war comes loss. And that was the overwhelming emotion Wabash students—especially seniors—felt as their academic, athletic, and day-to-day lives abruptly changed.

National championship opportunities were halted in the middle of tournaments. Seniors in spring sports had played their last games without knowing it. Bedrooms across the country became classrooms. Seniors didn’t get a chance to walk under the arch and sing “Old Wabash” on the steps of the Allen Center after Commencement. Many goodbyes (at least in person) went unsaid.

“It has been gut-wrenching to watch this pandemic’s attack on our health, economy, educational, and religious institutions—our way of life—and I am particularly saddened that the men in the Class of 2020 will end their time at Wabash in this way,” then-Wabash College President Gregory Hess wrote in a campus-wide email in March. “Wabash exists solely for its students, and we are not the same in their absence.”

But “Wabash Always Fights,” and “Always Means Always”—even in a pandemic.

“In the midst of the most unusual academic semester we have ever known, I was amazed at the Wabash community’s grit and determination we demonstrated to make sure our young men could be successful,” Hess wrote in May. “We will continue to meet the challenges that lie ahead with the same vigor and enthusiasm represented in our motto, ‘Wabash Always Fights.’”

“When I heard Wabash was planning to bring students back to campus for the fall semester, I had a feeling they could pull it off,” Jay says. “They have the resources to do everything—the testing, the contact tracing, the isolation—the way it should be done.”

On June 11, Wabash announced that the fall semester would begin two weeks early and end by Thanksgiving Break.

The CARE Team, led by Pre-Health Advisor Jill Rogers and Assistant Football Coach Olmy Olmstead ’04, is made up of 44 students: 40 CARE Team leaders and four CARE Team managers. Together, they respond to student concerns, encourage campus to follow public health guidelines, and find ways to boost morale for the student body.

“When Jill asked me if I was interested in the position, I was a little hesitant at first,” says Tyler Watson ’22, one of the CARE Team managers. “I didn’t know if I wanted to be the guy that would crack down on people for not wearing their masks or not following social distancing.

“But then I saw a quote that said, ‘Culture eats strategy for breakfast.’ After learning about all of the work everyone on campus had done over the summer to help get us back on campus, I knew Wabash had the strategy. I wanted to be a part of making sure we had the culture to maintain it, and the CARE Team was a great way to do that.”

The CARE Team uses Wabash’s COVID-era motto, “This Is How We Fight,” to encourage and remind everyone on campus to follow the three Ws: wear your mask, wash your hands, and watch your distance.

These students are not alone when it comes to taking on new responsibilities during the pandemic.

With no fall sports, several coaches stepped up to become case managers and work with students in quarantine. They have become counselors, encouragers, and even bigger recruiters. 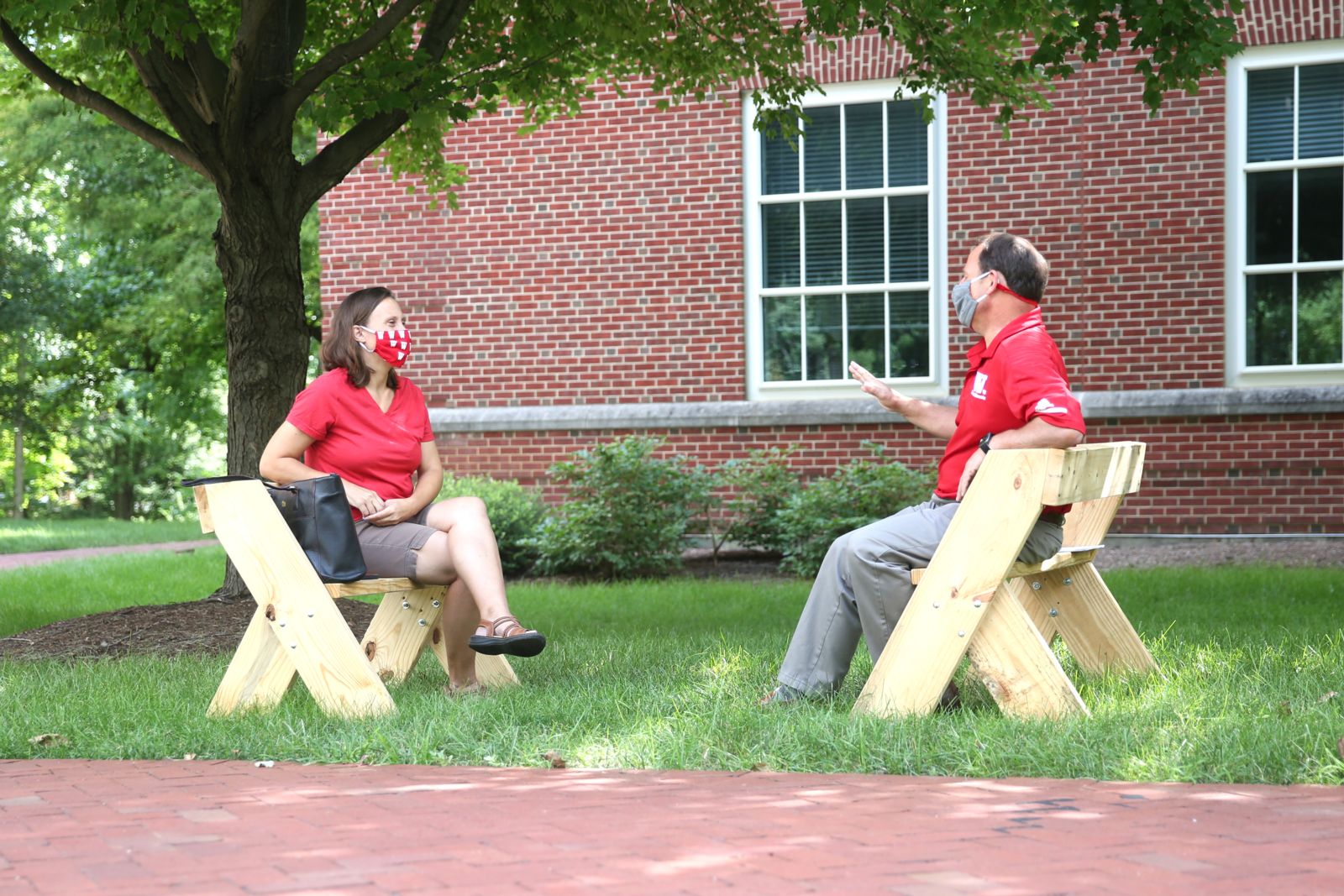 “I think this has really revealed the strength of Wabash’s people,” Taylor says. “We don’t have people saying, ‘I won’t do that because that’s not in my job description.’ That’s not the kind of institution we are. As faculty, we’re learning new ways of teaching and teaching in different spaces. It spans everybody at the institution—taking on different roles and learning different skills.

“We say that a liberal arts education prepares you to do anything, and we’re living that out.”

“In some ways, it’s more like steering a cruise ship than a car,” Taylor says. “You can’t pivot on a dime. The results you see one week are due to actions taken in the past two weeks, so how can you get the boat to turn in the other direction?”

Students are having to change their behaviors, which is changing their entire college experience. And it’s not just about the parties and the athletic events—it’s the crowded dinner table and late-night conversations Wabash is known for.

“Burdens are heavy this semester,” Wabash College President Scott Feller says. “Combining the intensity of a rigorous academic semester, anxiety around a divisive election, racial injustice, and the work to mitigate the spread of COVID-19 makes us feel like we are hitting the wall at mile 18 in a marathon.

“But every generation has its challenges, and developing resilience, tenacity, patience, and hope are an important part of the college experience. Bear one another’s burdens and focus on strengthening our community.”

And because “Wabash Always Fights,” 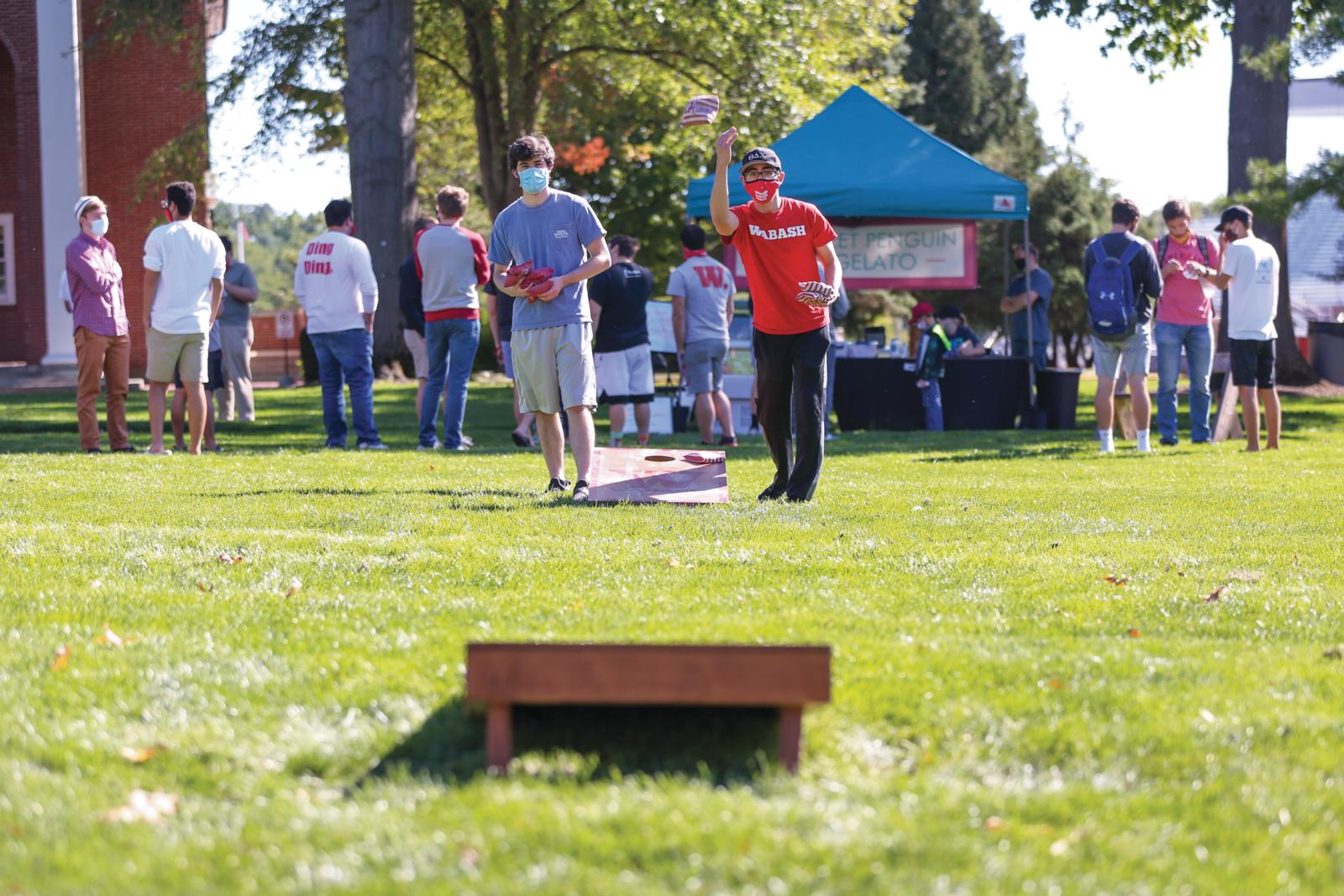 “All across campus, in a hundred different ways large and small, the Wabash community is showing resilience and adaptability that are allowing great things to happen,” Feller says. “We are where we are today because people have stepped up, and we should take pride in what this community has achieved together.”