Reading: As Dangerous as Any Drug? What do you mean when you say a book “moved” you?

When was that word first used to describe reading?

And why was reading once considered “a plague, scourge, or epidemic?”

Brian Tucker ’98 explored those questions and more as he presented “The Invisible Movement that Reading Is” as the 38th Annual LaFollette Lecture in the Humanities Friday afternoon.

An associate professor of German and a 13-year veteran of the Wabash faculty, Tucker offered three “snapshots” from the history of reading.

“Sweet Oblivion”
In the first snapshot, reading was dangerous.

“Reading really took hold in Germany in the late eighteenth century,” Tucker said. “The number of people who read for pleasure and entertainment was rapidly growing.

Which sounds like a good thing to us in the 21st century. Not so much for German intellectuals in the early 1800s, who were “denouncing reading in the most alarmist of terms,” Tucker said. They believed “it endangers your body and mind.” That “books, particularly works of narrative fiction, have the power to immobilize their audience. Reading renders people inactive, lazy, and practically useless.”

And the immobility was both physical and mental— “a torpor of the mental faculties.”

There was a darker side to their concern.

“There’s no way to control what people are reading,” Tucker said. “What people are interested in reading isn’t always what intellectuals and religious leaders think they ought to read.

“Much of this hand-wringing was directed (by men) at women readers… who were thought to be particularly susceptible to the dangers that reading presented. It would make them less active, less mobile, less productive.

Tucker added that reading habits were sometimes described as an “addiction.”

“The philosopher Johann Fichte said: ‘Reading, like any other narcotic, sets one in a comfortable state suspended between sleep and wakefulness. It lulls one into a sweet oblivion.’”

Reading as Movement
“In response to this alarmist rhetoric about reading, we start to see a counter-narrative… reading as edifying activity,” Tucker explained. “This notion of invisible movement gets invented around 1800 as a way to counter the accusation that reading is a debilitating narcotic. Sure, the argument runs, books can seem to make people passive, lethargic, and isolated. But inwardly, books involve a great deal of effort and concentration. Though it appears that the reader is still and passive, the mind is moving all the time.”

Tucker cited the German philosopher Johann Adam Bergk among those “who sought to instruct the public on how to put books and reading to productive use, without succumbing to their dangers.”

So reading is neither inherently good or bad—it’s how we read that matters.

Tucker said Sigmund Freud’s theories of psychoanalysis weigh into the reading debates in the late 1800s.

“Freud does not locate that movement [of the mind] in the reader,” Tucker said. “He locates it in the author, be it the author of a poem, a dream, or a traumatic symptom. He describes desires, thoughts, and associations moving back and forth in the mind.

“Psychoanalysis begins with an idea about mental life,” Tucker said. “It conceives of the psyche as a site of incessant transit and migration, complete with borders, guards, and illegal crossings under cloak of darkness. All this invisible movement in the author’s mind is essential: it generates the infrastructure—the interpretive paths—for Freud’s project.

A Journey of Words
In his final snapshot of the history of reading, Tucker moved to the late 20th century and the present when movement in reading focuses on “not only on the reader’s movement, but also on ‘the journey of the words through the person.’”

“The writer Anne Carson has described poetry as ‘an action of the mind captured on a page,’” Tucker said. “For Carson, when you engage with a poem, you’re set in motion: You ‘enter into that action,’ ‘you’re moving with somebody else’s mind through an action.’”

Tucker had begun his lecture with a quote from Italo Calvino’s novel If on a Winter’s Night a Traveler, and he returned to its theme as he finished his talk. Calvino writes about seeing a young woman in a deck chair on the terrace of a chalet; she is reading:

“In this thin, transparent air I feel able to perceive in her unmoving form the signs of that invisible movement that reading is, the flow of gaze and breath, but, even more, the journey of the words through the person, their course or their arrest, their spurts, delays, pauses, the attention concentrating or straying, the returns, that journey that seems uniform and on the contrary is always shifting and uneven.” 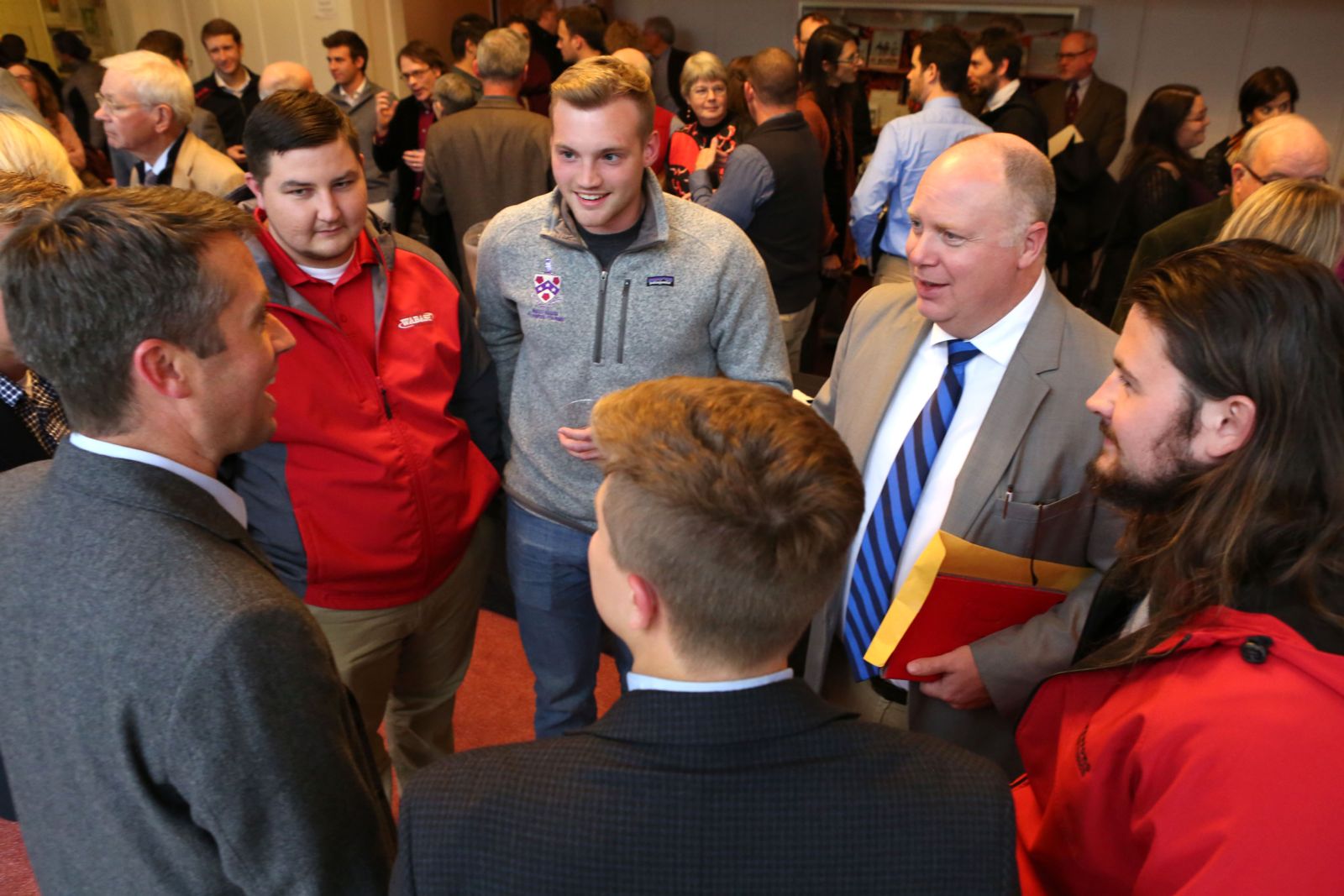 “There are multiple kinds of motion in this passage,” Tucker said. “On the one hand, it is the reader who moves in barely perceptible ways: the gaze shifts; attention focuses itself and then strays. On the other, language itself is in motion as it travels through the reader. The two are blurred, so that it’s hard to tell when words are moving and when mental faculties are moving— to tell, that is, when the reader is moving and when she is being moved.

“And if reading doesn’t move us, why read at all?” Tucker concluded. “As Kafka put it, “If the book we’re reading doesn’t wake us up with a blow to the head, what are we reading for? A book must be the axe for the frozen sea within us.” Kafka thought of reading not just as movement, but as a particularly violent form of movement, as a disaster, a blow to the head, or the strike of an axe.

“But his point is similar: that reading can break apart what we thought was fixed and solid, that it can set us adrift and set us in motion.”