The Board of Directors of the Indianapolis Association of Wabash Men (IAWM) is formed for the purpose preserving, promoting, expanding and extending the Wabash Community at large. Inasmuch as IAWM represents the largest regional membership of Wabash Alumni, and considering that IAWM is the regional chapter which includes the Wabash College Campus, itself, it is the election of IAWM to further state and extend its individual mission and goals.

Preserve: It is the mission of IAWM to preserve the Wabash experience through a commitment to community and public service, through thoughtful dialogue between and among its individual constituencies and through sharing the history and tradition of Wabash with others.

Expand: It is the Mission of IAWM to expand the Wabash Community by linking the network of constituencies through social, professional and educational interaction, and by providing forums and opportunities for communication throughout the Wabash Community in order to share ideas and interests.

Extend: It is the mission of IAWM to extend the Wabash Community into the 21st century and beyond by embracing new graduates as they embark on their professional careers, and by providing a framework for interaction between alumni, community leaders, students, faculty and administration in an effort to assure the continued health and viability of the finest educational institution on earth.

The following records were compiled by "unofficial" IAWM historian Jon Pactor ’71. They will be updated once further information is uncovered.

PRESIDENTS OF THE IAWM

The term Indianapolis Association of Wabash Men probably came into being in the 19th century. Records of the IAWM are not the best. Clarence Merrill was president in 1924. Current records do not show a president until 1968. Starting for a few years in 1968, the term of the IAWM president was not a calendar year. At least since 1975, the term has been a calendar year, January through December.

The IAWM has long given a scholar-athlete award, sometimes called a student-athlete award, to the senior who has best demonstrated the combination of scholarship and athletics.

As typical, the record-keeping of the IAWM has not been the best, and piecing the winners is a work in progress The award is a cash prize and a plaque. The list below starts with 1984, but the award was given for several years before then. This list will be updated. 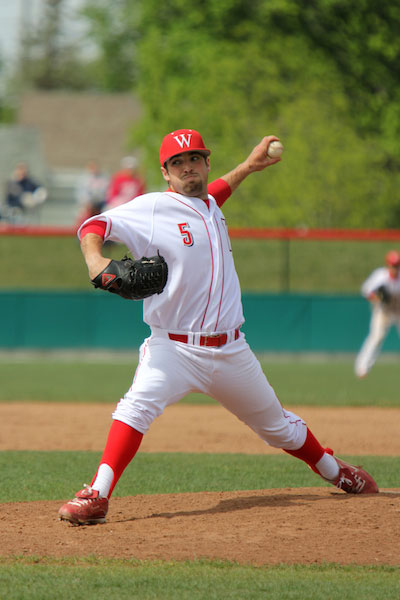 In 1965, the men of DePauw and Wabash began to gather on the Thursday before the Monon Bell Game to celebrate their friendly and beloved rivalry. They made new friends and solidified old friendships. Over the years, men of both schools anxiously awaited the hilarious wit of Tommy Mont, DePauw's revered football coach, and the wondrous magic tricks of Thad Seymour, Wabash's president. The crowd consisted of trustees, presidents, football coaches, faculty, and alumni, young and old. Each school put forth a roaster to add to the merriment and good will. Roasters have included Andy Paine (DePauw), Bob Bottoms (DePauw), Phil Eskew (DePauw), Steve Goldsmith (Wabash), Dean Ben Rogge (Wabash), Bill Placher (Wabash), Vic Powell (Wabash), and an array of other faculty and alumni. The Stag stopped after 1992. The men of the two schools desired to return to the good old days and revived the stag in 2001. In 2014, DePauw backed out and held a separate event. The IAWM event continued first under the name Spirit of the Monon Bell and then as Rally for the Monon Bell.

The following list contains the men who have honored Wabash men by roasting the Dannies since 1965. The list will be updated to fill in for the missing years starting with 1965.

*No Stag was held because DePauw men withdrew from participation. The IAWM carried on with a Monon Bell celebration and roasted the hapless Dannies in their absence.

**Once again, DePauw backed out of the Stag. Instead the IAWM hosted a Spirt of the Monon Bell Celebration, later named Rally for the Monon Bell. 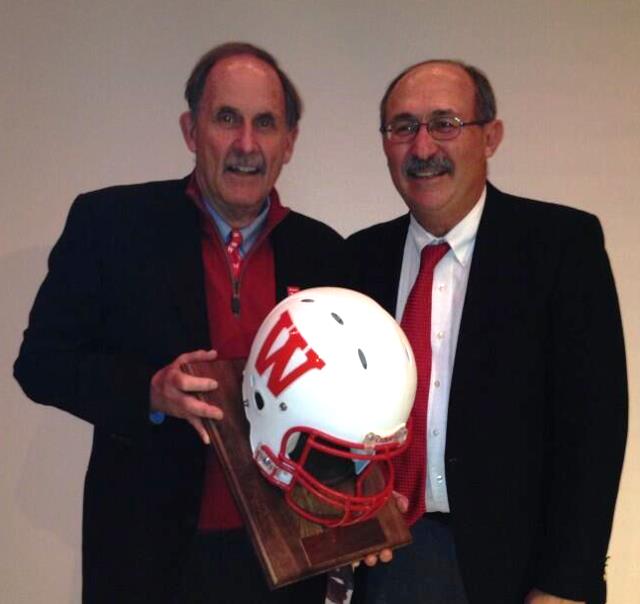 The award is now called the Spirit of the Monon Bell Award. Generally, the recipient is an alumnus who has done well in his profession and has given back to the community, bringing credit to his alma mater and to the liberal arts.

MAN OF THE YEAR

The IAWM has honored a Man of the Year since 1975. Three women, Lou Ristine, Anne Ford, and Chris White have also been honored. This award has been presented at the annual Christmas Dance until 1994 when the party was moved to Valentine’s Day.

The event has morphed from a fancy dinner-dance to a Valentine’s Party to a Winter Gala then renamed to Winter Bash. In 2015, the IAWM took a year off to consider a new event. In 2016, the IAWM hosted the inaugural Leadership Breakfast and continued the awarding of Man of the Year at that event.